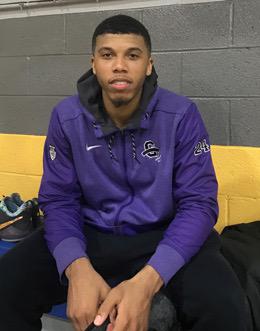 CONSHOHOCKEN -- The second round of the Donofrio Classic continued on Monday at the Fellowship House, with two more games taking place in the 58th edition of the annual high school all-star tournament.

Game one: Hunting Park I and Coaching Victory were tied at halftime and little separated the squad for most of the games. A bucket by St. Joe’s Prep senior Ed Croswell in the final seconds off a feed by Imhotep’s Fatyn Wesley proved to be the difference for Hunting Park I in an 80-79 win. Donta Scott (Imhotep/2019) led Hunting Park with 28 points, while Croswell, a La Salle commit added 18. Rahsool Diggins (Archbishop Wood/2021) was the only other Hunting Park player in double figures with 12. Seton Hall commit Valdir Manuel (Patrick School/2018) had 27 points for Coaching Victory. Dom London (Octorara/2018) shot the lights out, scoring 23 points. Hunting Park I will face the winner of Tuesday’s LVBR vs. Team Philly game in the quartefinals on Thursday at 7 p.m.

FINAL: Hunting Park 80, Coaching Victory 79. ... This bucket from Ed Croswell off a feed from Dymir Montague is the game-winner. pic.twitter.com/BoFjtaiFy7

Game two: The second game between Just Clean It and the Old School Cavaliers had a lot to live up to, but it almost got the job done. Penn State commit Myles Dread (Gonzaga HS/2018) scored 28 points and AJ Hoggard (Archbishop Carroll/2020) poured in 20 of his own to lead the Cavs to a 108-98 win. Ta’Quan Woodley (Neumann-Goretti/2021) scored 17 points, and Dread’s brother, Malcolm (Gonzaga HS/2021) had 15. St. Joe’s commit Jared Bynum (Georgetown Prep/2018) had five. Jack Forrest (Lower Merion/2019) nearly led a Just Clean It comeback with 24 points, including five of his team’s 18 3-point shots. Bucknell commit Andrew Funk (Archbishop Wood/2018) scored 14 points, including four threes of his own. The Cavs play the winner of Tuesday’s Raw Sports vs. Road runners game in the quarterfinals on Thursday at 8:30 p.m.

A two-and-a-half-hour drive might seem like a long way to travel for an exhibition basketball game, but for Myles Dread that was exactly what he wanted to do to participate in the Donofrio Classic.

The Gonzaga HS (D.C.) senior and future Penn State Nittany Lion wanted to play in the Philadelphia area before heading to State College next season. H

e also wanted show what he could do in a tournament that his father once participated in during his high school playing days even if it meant dealing with a five-hour round trip on I-95.

“My pops is from Lancaster, Pennsylvania and he played in it when he was in high school,” Dread said, “He told me it’s a good event, guys play hard and physical and that’s my style of play. I thought it would be fun to come up here and show what I can do.”

In his two games for the Old School Cavs, Dread has been mightily impressive. He scored 19 points in his Donofrio debut on March 29, a 104-65 win for the Cavs, and followed that with 28 points, including four makes from 3-point range,  in a 108-98 win against Just Clean It on Monday night.

Dread’s performance should come as no surprise. The ESPN four-star recruit is coming off a senior year at Gonzaga where averaged 14.1 points per game and was named Gatorade D.C. Player of the Year.

“A lot of hard work went into it and I just tried to stay patient and my time would come eventually if I continued to put the work in,” Dread said. “At the end of my senior year I earned some accolades that honestly I didn’t even think I could.”

The guard will enter a Nittany Lion program that won the NIT postseason title this past season but also lost its top scorer Tony Carr (Roman Catholic) to the NBA as well as four-year starter Shep Garner, another former Roman player. Carr and Garner combined to score more than 30 points per game for the Nittany Lions and both finished in the top 10 in 3-point shooting percentage.

Penn State will return three starters from the 2017-2018 season including Roman grad Lamar Stevens, who averaged over 15 points per game, as well as Mike Watkins (Phelps School)and Josh Reaves, who both finished on the Big Ten All-Defensive Team. Dread is joined in the recruiting class by Virginia combo guard Rasir Bolton.

Dread will be asked to contribute to a Penn State team which finished seventh in the Big Ten and will be looking for their its NCAA Tournament berth since 2011. He looked ready to do just that on Monday night.

When  John Giannini stepped down as the head coach of La Salle University two weeks ago people wondered whether or not Explorers commit Ed Croswell would open up his recruitment again. Prior to committing to La Salle in September, the 6-foot-7 forward from Saint Joseph’s Prep also held offers from Rider, Nicholls State, Morgan State and Towson.

The Explorers announced the hiring of new head coach Ashley Howard on Sunday. Monday night, Croswell confirmed that he will stay committed to the Explorers and play his college ball for the former Villanova, Drexel and La Salle assistant, though he’s still waiting to hear from Howard.

“Excitement,” Croswell told CoBL was his reaction to the news. “I like the move by La Salle. I just want to discuss big picture and make sure I’m in the right situation.”

“You gotta be confident in what you do and if you believe that you can play, you’re going to play and that’s what I believe,” he added.

While Croswell has no prior relationship with Howard, he said he talked to some people who know him. Along with coaching at three City 6 schools, Howard played at Monsignor Bonner and Drexel.

Croswell said those he talked to described the fire and attitude that Howard coaches with.

“It’s a good thing because he’s a Philly guy, and there’s going to be some good basketball to come,” he said.

Croswell will step into a situation where he could see playing time during his freshman season. The Explorers lose center Tony Washington as well as forward B.J. Johnson, the team’s leading scorer and rebounder.

Returning for the Explorers in the front court are freshman forward Miles Brookins and redshirt-freshman forward Cian Sullivan, who saw very limited action. New Jersey forward Jared Kimbrough is part of the 2018 recruiting class with Croswell.

“I’m gonna work hard, get in the gym this summer and be ready to go when the season starts,” Croswell said.

Things are heating up a bit in the recruitment for Downingtown West’s Greg Barton.

In fact, when Barton walked off the court following Coaching Victory’s last-second loss to Hunting Park I in the second round of the Donofrio Classic on Monday, the Whippets’ senior forward added another school from which to choose.

“I just had a new college today,” Barton said. “It’s new ones every day. I don’t know. I’m still on the recruiting radar right now. I’m not 100 percent sure where I’m going.”

Barton, who wants to major in business, said Gwynedd Mercy is his top choice at the moment. However, he has a list of 10 schools he has talked to.

“A lot of new colleges come,” Barton said. “Tournaments like this give you some exposure. A lot of new schools just randomly come up, but the same schools have been sticking around and some new ones come up out of nowhere.”

“Gwynedd Mercy’s on the top of the list, but we’re still everywhere,” he added.

Barton is a 6-foot-7 forward who earned first team all-Ches-Mont honors this past season. While Downingtown West was the last team to make the District 1 Class 6A tournament, Barton helped the team upset Garnett Valley for a first round district win.

The Whippets’ senior scored seven points on Monday. His late bucket gave Coaching Victory a one-point lead with less than 30 seconds left before Hunting Park I came down and hit the game-winning shot on the other end.

Barton said versatility is the trait he will contribute most to the program he lands at.

“I’m like a wing-forward player,” Barton said. “I can play almost any position I think. I can guard one through five. I’m a versatile player.”