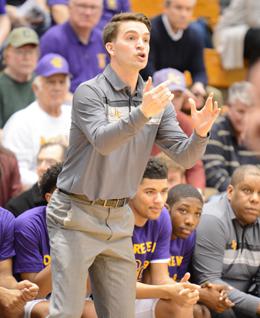 The start of the 2019-20 high school season begins this Friday, Dec. 6, for all teams in the Pennsylvania Interscholastic Athletic Association (PIAA), the main governing body in the state. Several private schools which belong to the PA Independent School Athletic Association (PAISAA) began play within the last two weeks, but the vast majority of the 175-plus high school teams in the greater Philadelphia area begin play this weekend.

In the past –– and hopefully in the future –– CoBL has spent the weeks and months leading up to the high school season running individual team previews and league previews, giving an in-depth look into just about every program and player of note in the region. That wasn’t feasible this year, considering the site only re-launched five weeks ago, but I couldn’t let the season begin without writing SOMETHING about the local high school scene.

So here’s 10 thoughts on the upcoming season, split into two parts. This part focuses mostly on the Catholic League and other private schools; the other is on the Philadelphia Public League and District 1.

1. Catholic League domination continues
Ever since the PIAA admitted the Philadelphia Catholic League and gave PCL teams the ability to play for state championships in the mid-2000s, a league that already had a terrific basketball base and history has grown stronger and stronger, to the point where it’s now dwarfing every other league in the state. No fewer than 10 programs in the 15-team league regularly produce Division I prospects, and the other handful are full of future small-college types. Put any PCL team in just about any other league in the area, and they’ll compete for a title. I’m not going to get into the fairness of all that here, but as long as schools with boundaries (i.e., public schools) compete in the same brackets as non-boundary schools (i.e., private/Catholic schools), the schools that can draw talent from a wider area are going to have an advantage. Period.

This year’s no different. Sure, there’s been some turnover –– Bonner’s inside-out duo of two-time PCL MVP Isaiah Wong (Miami) and Tariq Ingraham (Wake Forest) are off at college, as are La Salle’s longtime impact players Zach Crisler (Rice), Allen Powell (Rider) and Konrad Kiszka (Princeton). And just about every other program in the league lost at least a senior or two who they’ll have to replace.

2. Will Roman make it a three-peat?
The beginning of the 2010s belonged to Neumann-Goretti, who won 73 straight Catholic League contests, including every league championship game from 2010-14. But then the tide turned purple and gold, as Roman Catholic captured the titles in 2015 and 2016 behind Tony Carr and company. Collin Gillespie’s Wood group took it home in 2017, but it’s been Roman again each of the last two years, besting Wong’s Bonner in 2018 and an upstart La Salle squad under first-year head coach Mike McKee this spring.

Matt Griffin certainly has the talent on his roster to get it done yet again. It starts in the middle, with the best prospect in the city –– and one of the best in the country. Jalen Duren is one of the top-three prospects in the 2022 class, a mobile 6-10 forward with improving range and a defensive presence around the rim that makes even the most skilled drivers think twice. His classmate, 6-4 guard Justice Williams, is another USA Basketball invitee with high-major Division I future written all over him. And senior point guard Lynn Greer III, another high-level D-I prospect, is eligible for the state playoffs this year after a transfer ruling held him out a year ago.

But there’s also some big holes in the lineup to replace. The team’s leading scorer, Hakim Hart, is now a freshman at Maryland, while Seth Lundy is at Penn State. Those two alone leave a massive gap on the wings, as both stood over 6-6 and could score from all three levels, as well as rebound at a solid rate. Griffin’s team won’t have as many high-quality scoring options on the floor this year, and will have to rely on some new pieces and different ways to win if they’re going to go 13-1 in the league again.

3. Who’s the surprise contender in the PCL?
At this point, we’ve gone over most of the obvious contenders in the Catholic League. But the PCL is deep enough that there’s always someone (or someones) unforeseen who makes a deep run, in the manner of McDevitt or La Salle a year ago. It’s not that those teams weren’t talented coming into the year, but they didn’t seem to have quite the profile of some of the other squads, or at least the track record of success under new coaching regimes. Similarly, none of the teams I’m about to mention lack talent; they just aren’t the favorites in a super-deep league.

The most obvious “sleeper” in the league is Archbishop Ryan, as Joe Zeglinski has proven he knows how to coach in his first four years at the helm of his alma mater. The Raiders already have two Palestra appearances under their current leadership, and this year Zeglinski has two terrific wings to lean on in senior Gediminas Mokseckas, who pulled in his first Division I offer this offseason, and junior wing Aaron Lemon-Warren, who might be the most hard-working player in the whole region when he’s on the court. Ryan has looked like a tough out all offseason, and could pull off some big upsets at the right times.

Just like Will Chavis, who got McDevitt into the Palestra in his second year of coaching, Carroll’s Francis Bowe is hoping to do the same. The Patriots have a strong frontcourt in 6-7 senior and Bryant commit Tairi Ketner, whose game improved by leaps-and-bounds this offseason, plus 6-10 rim protector Anquan Hill, a junior who’s also coming into his own of late. They also have a high-level shooter, junior John Camden, out on the wing, and he’s much more comfortable with his team after a late transfer from Westtown a year ago. 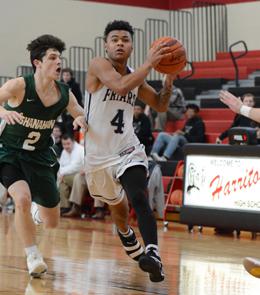 4. Malvern in the Inter-Ac driver’s seat?
Last season was undoubtedly one for the Fords. The Haverford School had its best season in program history, going an unbeaten 28-0, winning the Inter-Ac and PAISAA title along the way. It was a tremendous send-off for a senior class that included current Division I players Christian Ray (La Salle) and Jameer Nelson Jr. (George Washington), plus Asim Richards (UNC football) and Gavin Burke (Vilalvlanova lacrosse), two other program stalwarts. Bernie Rogers still has talent to work with, including high-major 2022 target Jameel Brown plus junior guards  Tyler Seward and Christian Clover, but there’s a new favorite in the six-team private school league.

Since his hiring six years ago, John Harmatuk has put his mark on the Malvern Prep program, bringing with him from Texas a run-and-gun system that tries to put up as many 3-pointers in 32 minutes as reasonably possible, with a four-out, one-in spread that always features shooters. And he’s continuously improved the Friars’ placement in the league over time, going from 3-7 his first year to 4-6, 5-5 (twice), and then a jump up to 8-2, the mark that his team has had the last two years, losing only to the Fords this past season.

With his best-ever class set to graduate, this is Harmatuk’s year. The team is led by high-scoring, Bucknell-bound guard Deuce Turner, who averaged 26.6 ppg last year and is only 30 points off the school’s 46-year-old scoring record, according to Ted Silary. But he’s also got Spencer Cochran, a 5-11 combo guard with some tricks in his bag, plus 6-1 junior Rahdir Hicks, who was originally a member of this senior class but repeated his freshman year. In the middle is 6-7 Fran Oschell, who’s got baseball in his future but is a more-than-serviceable high school big man on the court.

This league won’t be a runaway: the Fords are still good, Episopal Academy and Germantown Academy both have Division I players in EA’s Alex Capitano (Colgate) and GA’s Jordan Longino (high-major 2021 recruit), and SCH Academy has been taking big steps forward under head coach Julian McFadden. But going into the season, it would seem it’s the Friars’ league for the taking.

5. Can anybody challenge Westtown in the FSL?
The Friends’ Schools League has seen its share of dynasties: Abington Friends dominated the earlier part of the 1990s, and Academy New Church had its heyday in the 00s. But nobody’s put together anything like what Seth Berger has going at the Westtown School in West Chester. The former And1 executive has built the Moose into not just a Friends League but a national powerhouse, a program turning out not just Division I talent but NBA pros, including Mohamed Bamba (Orlando Magic) and Cameron Reddish (Atlanta Hawks). They’ve won the last six Friends’ Schools League championships, and though there have been close calls –– ANC came within 52-48 this spring –– there’s still a massive talent gap between the Moose and the rest of the league.

Once again, Westtown’s lineup is stacked with potential future pros. There’s a pair of 7-footers in the middle, sophomore Derrick Lively and junior Franck Kepnang, 6-8 senior and Pitt commit Noah Collier, Berger’s son T.J. Berger, a 6-3 guard and Penn commit, plus 6-4 junior guard Jalen Warley, who’s been picking up plenty of Division I scholarship offers of his own lately. Throw in Carroll transfer Ny’Mire Little and a few more talented underclassmen, and the mix is right for Westtown to be right in the mix for the PAISAA title again.

The most obvious selection to challenge Westtown is the same team which beat them during the regular season last year and almost did it again in the league championship. Kevin Givens has coached ANC to several league titles before, and his team plays the type of defense necessary to slow down a Westtown team that sometimes has its eyes on bigger prizes than a local league title, such as a national No. 1 ranking. Glenn Sabb and Isaac Marshall are back for ANC as seniors, and they have the confidence to get it done. Friends’ Central added some pieces this offseason to supplement senior guard Omar Nichols and junior wing Ed Holland, the latter of which picked up a dozen mid-major Division I offers this summer; junior guard T.J. Lewis and freshman wing Shawn Simmons will jump right into the starting lineup. 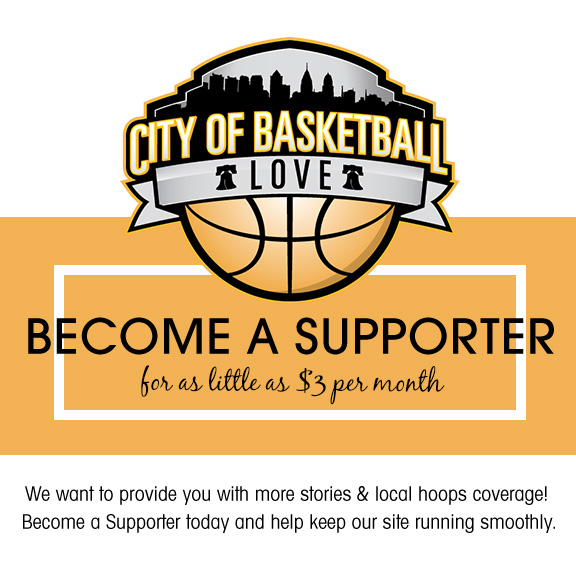