The past two Pioneer Athletic Conference championship games have featured rivals Perkiomen Valley and Spring-Ford, with each team taking home one trophy. The reigning champions, Perk Valley, graduated star Justin Jaworski, now a freshman at Lafayette. Spring-Ford returns three starters from a year ago, mixed with some talented youngsters ready to take a step up in terms of production. Some teams will take a step up, and some new teams will have a chance to make some noise.

Here’s a breakdown of how we see the Pioneer Athletic Conference shaping up in 2017-18: 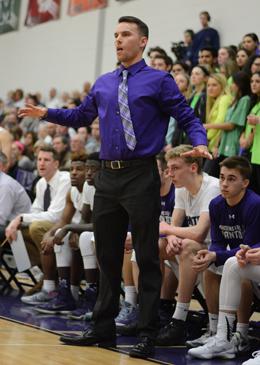 Phoenixville coach (Eric Burnett) and the Phantoms are in the mix in a wide-open Frontier division. (Photo: Josh Verlin/CoBL)

After going five straight seasons without a single win in the Pioneer Athletic Conference from 2011-2016, Upper Perkiomen went 5-5 a year ago. This year, they’re the favorites to win the division. Led by senior guard and York College commit Ryan Kendra, the Indians boast an impressive senior class which will help them wins some games this year. Point guard Liam Boyle runs the Indians’ offense, and can shoot the ball well from beyond the arc. Jared Krupp is in his fifth year at the helm for the Indians, who exited the district tournament last season in the first round, falling to Great Valley, 54-43.

Fifth year head coach Eric Burnett and the Phoenixville Phantoms have had success the last few seasons, making deep runs in the PIAA 5A district tournament and the PAC final four. The Phantoms are strongest in their guard play --  5-foot-10 juniors Colton Brown and K.J. Quinn are terrific on both sides of the ball -- and big man Brendan Jenkins (6-6) will find ways to score in the paint. Phoenixville will rely on a bunch of players who all have developed chemistry over the years through middle school and on the JV level, and hope to make a big splash in their first year getting varsity minutes.

Winless in the PAC a year ago, the Pope John Paul II Golden Panthers return a roster which includes 12 seniors, most notably returning starters Aidan McCarthy (5-10), who scored 13 points a game last year, Dan Cirino (6-1), Ricky Bearden (6-2), and Vince Viney (6-3). Second year head coach Matt Rafferty will look to improve on last year’s 3-19 record. With a multitude of upperclassmen, PJP will look deep into their bench, hoping to make its first final five since 2016, and win its second championship in school history.

Last year’s starters Larry Wingo (Reading), Aaron Diamond (Marple Newtown), and Tyshyre Malachi (Pope John Paul II) have all been lost to transfer, but Pottstown will gain back Anthony Brown, who spent last season at Coventry Christian. The 6-3 junior will be joined in the backcourt by Floyd Dashiell, a 5-10 junior who hit 23 3’s a sophomore. ...In addition to Kendra and Boyle, Upper Perk will look to 6-8 athletic big man Will Walker, one of the PAC’s tallest players, for buckets in the paint. ...Justin Robinson, a junior transfer from Archbishop Carroll, will be the primary scoring threat for Pottsgrove this season. The 6-2 wing is best when attacking the rim. Another junior, Manny Clark, is a sharpshooter and defensive specialist who should see his minutes increase this season. ...Combo guard Steven Hamilton should turn heads in his first year contributing for Phoenixville. The 6-2 sophomore can shoot it from deep and is a great passer. ...PJP will need its bench to be productive in order to win some games this year, keep and eye on 5-11 senior Luke Roth, a Mount St. Mary’s lacrosse commit and a threat from beyond the arc, to contribute this year. 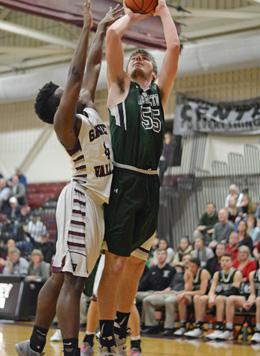 Jeff Woodward (above) gives Methacton a serious presence in the middle, and he's only a sophomore. (Photo: Josh Verlin/CoBL)

After coming out on top of the most controversial PAC championship in history in 2015-16, Spring-Ford fell to rival Perk Valley last season, 52-45. Seniors Ryan Fitzpatrick and Chucky Drummond were big pieces the the Rams team which finished as the last team out of the PIAA 6A state tournament a year ago. Look for do-it-all junior Noah Baker, a talented wing who has a chance to emerge as one of the conference’s most talented players this year. With seniors Nestor Diaz and Austin Hokanson constantly improving, the Rams look like they have a good chance to hoist the trophy this February.

With one of the conference’s most promising young prospects in the middle, Methacton and 6-8 sophomore Jeff Woodward have a great chance to challenge Spring-Ford in the Liberty division. With only one senior expected to make big contributions -- 6-3 forward Noah Kitaw -- the Warriors, who lost to Garnet Valley in the first round of the PIAA 6A tournament last season, will be a force to be reckoned with in the years to come. Head coach Jeff Derstine and the Warriors run a methodical offense which usually results in low-post buckets courtesy of Woodward or three-pointers by junior sharpshooter David Duda.

The reigning champions in the PAC, Perkiomen Valley will look to replace star guard Justin Jaworski, now a freshman at Lafayette. 6-3 junior guard Tyler Stretchay played a big role last season in the Vikings deep run in the PIAA 6A state tournament which ended with a loss to eventual champions Reading High. Coach Mike Poysden will also look upon seniors Andrew Light and Donte Graves, two returning starters, for production this year.

Perhaps the best scorer in the conference this year is Boyertown senior Jerry Kapp. The 6-3 senior averaged 22.5 points per game while hitting 75 treys a year ago. He’ll have to take a bigger role on the offensive end, due to the fact that senior transfer Alex Salata III was ruled ineligible for the season. ...Norristown returns junior guard Xavier Edwards who scored just over 10 points a game last year as a sophomore. The 5-10 talented lead guard can shoot it from deep and will lead the Eagles offense. ...A West Virginia baseball recruit, Tyler Stretchay is one of the best pure shooters in the division. Stretchay moved into the district two years ago from California, and contributed right away on the Vikings offense. ...David Duda is the best pure shooter in the PAC; the 6-3 junior nailed 69 3’s last season. He should mold well with 6-8 sophomore Jeff Woodward, a fundamental back-to-the-basket big man with footwork and touch well beyond his years. ...Not many players in the conference can elevate as high as Spring-Ford junior Noah Baker. The 6-3 athletic wing can score from all three levels, and has tons of potential. The Rams will be aided by the rest of their junior class, Ryan Hagan (6-0) and Robert Bobeck (6-4). ...Dawson Stuart, a 6-4 bulky forward, will lead a veteran Owen J. Roberts squad this year. Stuart scored 11 points a contest last year, and can shoot the mid-range and is a great rebounder for his size. He’ll be joined by fellow seniors, 6-0 Rasheed May and 6-4 Justin Bailey. 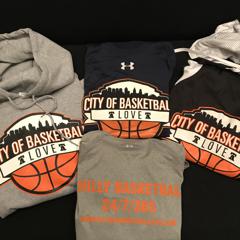