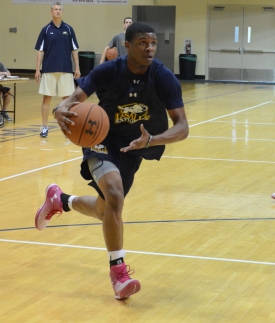 Amar Stukes (above) is trying to be more aggressive in his second year of Division I hoops. (Photo: Josh Verlin/CoBL)

As La Salle’s point guard, passing is always going to be a big part of Amar Stukes’ game. It’s the passive tendencies he knows he needs to get rid of in his second year on the floor with the Explorers.

Stukes spent his redshirt freshman season trying to figure out his niche on the team, and during it, he never blossomed into the scoring threat he, coaches or teammates believe he can be. This season, with an improved jumper and tweaked mindset, Stukes does not want to hear again how he needs to be more aggressive and confident.

Stukes’ numbers, on the surface, were solid as he averaged 5.3 points on 44.8 percent shooting in about 22 minutes per game. He played in all of the team’s 33 games and started in 15 of those contests.

But Stukes knows there is more he can do -- and that starts with his shooting. The 6-foot-2 La Salle College High School grad shot only attempted 13 3-pointers last year, and only one of those found the bottom of the net. So it’s no surprise what was the top item on his offseason agenda.

“I’ve been working a lot in the offseason trying to get my jump shot together,” Stukes said. “That’s the biggest thing I’m looking forward to, shooting the ball with confidence this year and seeing how different I can play if I shoot like I want to shoot.”

Part of that shooting improvement, Stukes hopes, is also from the foul line. He got to the stripe 70 times last season (shooting nearly half as many free throws as his 143 field goal attempts), but converted on just 45, for a 64.3 percent clip.

Stukes is joined in La Salle’s backcourt by the team’s top two returning scorers: Jordan Price and Cleon Roberts, who averaged 17.2 and 8.8 points per game a season ago, respectively. With teams keying in on those two players, open opportunities for Stukes should be there, and if he can capitalize, it will make everyone better on offense.

“I know he’s a scorer, he’s been a scorer,” Price said of Stukes. “Sometimes he can be a little passive, but I think this year, it will be different because of his ability. Last year, he was getting used to the game, but now he knows what to expect. I really think he’ll pick his spots.”

Stukes does have some history on his side as he heads into his second year with the Explorers. In his sophomore season at La Salle (high school), he burst onto the scene as a guard that could fill up a box score. By his senior season in high school, he averaged 19.6 points per game.

In a slightly different uniform with the same letters, Stukes is hoping for some déjà vu.

“That’s definitely something I need to tap back into,” he said of his high-scoring high school days. “The same (hesitation) kind of happened when I was a freshman in high school, so hopefully I have the same kind of results in my sophomore year.”

Stukes is a talented perimeter defender who had 29 steals last season, and his assist average is poised to go up from 1.3 per game last season. Giannini also went out of his way to compliment his attitude and demeanor.

The big piece that is missing for Stukes is the scoring. If he can develop his touch, Giannini thinks he can become one of the better guards in the Atlantic 10.

“I think Amar has all-conference potential,” Giannini said. “But to do that you have to be a confident player who can score as well as pass and that other teams have to respect.” 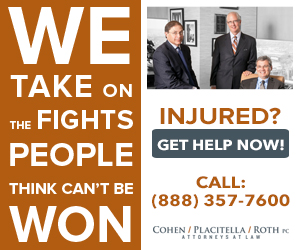