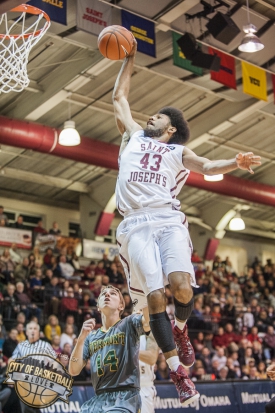 (Ed. Note: This article is part of CoBL's 2015-16 College Preview, which will cover all things Philadelphia college hoops over the next six weeks. For a complete hub of all the material and a schedule of what's to come, click here)

The first of six weeks of official preseason practices began at many Division I gyms across the country today, 42 days shy of the season openers on Nov. 13.

Several of CoBL’s senior writers participated in voting for the preseason player of the year, all-CoBL first team, breakout player and rookie of the year.

Without further ado, here are the awards:

‘Workhorse’ and ‘DeAndre Bembry’ have become synonymous, after the Saint Joseph’s swingman played the most minutes per game in all of Division I last season as a sophomore.

Despite what was a down year for Phil Martelli and St. Joe’s, Bembry led the Hawks in nearly every statistical category and won the Atlantic 10’s scoring title. Heading into 2015-16, he’s got potential All-American buzz surrounding him.

The Hawks graduated senior guards Chris Wilson and Evan Maschmeyer, and while Bembry certainly won’t be in line to increase his minutes after playing 38.4 per game last season, a young core of athletic players should allow Bembry to grow into an even better playmaker. The 6-foot-6 wing should be able to be more selective from the floor this season with the additions of guards Chris Clover and Lamarr Kimble and forward Markell Lodge into the fold.

Bembry is known for his smooth play on the offensive end of the floor, but the former Patrick School (N.J.) wing averaged nearly a block and two steals per contest last season while frequently guarding the opposition’s most dangerous playmaker.

After being one of 20 collegiate players invited to the Nike Basketball Academy in June, Bembry’s play has gone national and not without reason.

Oh, and he has great hair to boot.  --Garrett Miley

All-CoBL First Team (2014-15 stats given)
Ryan Arcidiacono--Sr., Villanova (10.2 ppg, 3.5 apg)
The Co-Big East Player of the Year as a junior, Arcidiacono will be a four-year starter at point guard and the steadying force behind the Wildcats even if he’s not their leading scorer. Has improved his 3-point shooting and his assist-to-turnover ratio each year at ‘Nova.

DeAndre Bembry--Jr., Saint Joseph’s (17.7 ppg, 7.7 rpg)
There isn’t much more than we can say here that wasn’t said above. If there’s a lock for anybody to be here when the season is over, he’s it--and the NBA might come calling next spring. One of the more complete wings to come through the city in some time.

Tim Kempton--Jr., Lehigh (15.3 ppg, 8.7 rpg)
The defending Patriot League Player of the Year could win the award three times before leaving Bethlehem. A 6-11 forward with an NBA pedigree, Kempton could follow his father there in two years--and he’s developing a 3-point shot to boot.

Nick Lindner--Jr., Lafayette (12.8 ppg, 5.4 apg)
As a sophomore, Lindner picked up his game to lead the Leopards to the Patriot League title, scoring 25 points in the championship game win over American. With two 1,500-point scorers graduating, he’ll need to do that much more often.

Jordan Price--R-Jr., La Salle (12.7 ppg, 3.9 rpg)
In his first season at La Salle, the former Auburn guard and top-100 recruit finished second in the A-10 in scoring, behind only Bembry. Somewhat-streaky scorer went for 30+ four times, but also failed to reach double-digits in six games. 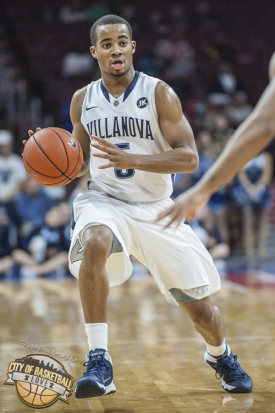 Phil Booth (above) was very impressive in reserve minutes as a freshman at 'Nova. (Photo: Tug Haines/CoBL)

If there was a positive to Villanova’s NCAA Tournament performance last season, which saw the Wildcats’ Final Four aspirations dashed in just the third round by NC State, it just might have been the performance of then-freshman guard Phil Booth.

In a game in which his squad struggled mightily from the field, shooting just 31.1 percent on the game, Booth capped off a strong freshman campaign by stepping up on the nation’s biggest stage, going 3-of-4 from deep en route to nine points in 14 critical bench minutes.

Overall, Booth put up respectable averages 5.8 points and 1.4 assists last year, playing behind the All Big-East guard duo of Ryan Arcidiacono and Darrun Hilliard, with fellow backcourt pieces Josh Hart and Dylan Ennis also ahead of him in the rotation.

But it’s the way he got those numbers that was so impressive; Booth seemingly played like a senior, turning the ball over less than once per game and keeping his composure even in the face of defensive pressure, giving Jay Wright the confidence that his offense wouldn’t miss a beat with the insertion of his only first-year player.

Now with Hilliard gone to the NBA and Ennis transferring to Oregon, Booth figures to see his minutes at least double, as he’ll join Arcidiacono and the aforementioned Brunson to form a three-headed monster at the lead guard spot.

Honorable Mention
Josh Brown--Jr., Temple (6.3 ppg, 1.5 apg)
Brown, a 6-2 point guard, could be the latest in a line of TU guards to emerge as upperclassmen; he shot a team-best 37.5 percent from 3-point range last year.

Obi Enechionyia--Soph., Temple (5.3 ppg, 3.6 rpg)
There’s a lot to like about Enechionyia, an athletic 6-8 combo forward with face-up range out to the 3-point arc; he also led the Owls in blocked shots (45) as a freshman.

Kahron Ross--Soph., Lehigh (10.4 ppg, 5.8 apg)
From his college debut (6 pts, 7 ast, 1 TO vs. Villanova), Ross was impressive, ultimately leading the Patriot League and all freshmen nationally in assists. Can he take his game to next level?

There hasn’t been a freshman in the Big 5 with this much hype surrounding his arrival in quite some time.

Start with the fact that Brunson, a 6-1 point guard from Chicago, was considered the top PG in the 2015 class and earned spots in the McDonald’s All-American and Jordan Brand Classic all-star games. Then add in this summer, when he was named MVP in leading the United States’ U-19 team to the FIBA world championship gold medal, putting up 14 points, seven assists and five rebounds in the title game win over Croatia.

That alone makes Brunson one to watch and a potential one-and-done prospect who could be the missing piece from the Wildcats making a Final Four run for the first time since 2009.

But what really adds the cherry on top is that Brunson is the son of Rick Brunson, who played parts of nine seasons in the NBA after playing in the Big 5--not at Villanova, however, but at Temple. And the younger Brunson’s final two schools came down to Temple and ‘Nova; rumors had him following his dad to Temple with his dad taking a coaching position, but Rick’s subsequent arrest last June (for which he was later acquitted) meant the coaching position fell through.

So Brunson is on the Main Line, not Broad Street. And a fierce rivalry between two longtime rivals just got that much more interesting.

Honorable Mention
Levan Alston--G, Temple (Haverford School, Pa.)
Local, talented combo guard is one of a few young players the Owls have reason to be excited about. Alston’s 6-4 with a lot of upside, and can score from all three levels.

Lamarr Kimble--PG, Saint Joseph’s (Neumann-Goretti, Pa.)
Neumann-Goretti’s starting point guard for the last three years will have a chance to earn the job right away on Hawk Hill. Tough, winning guard who plays with his head up and can knock down shots.

Josh Reaves--SG, Penn State (Oak Hill Academy, Va.)
Reaves, a 6-foot-4 shooting guard, was ranked in the top 75 in the class by ESPN and top-150 by 247Sports and Rivals. With Geno Thorpe transferring, he has a chance to start right away and lead a talented group over the next few years. 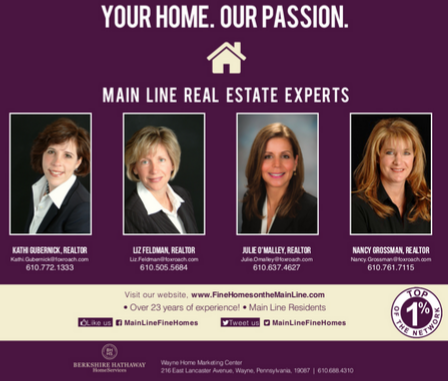