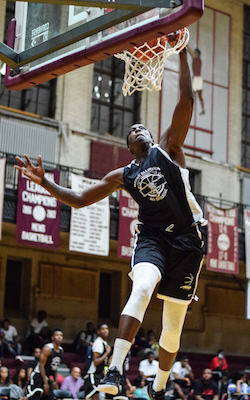 The top rising sophomores, juniors and seniors from the greater Philadelphia area put their skills on display for Philly USA Basketball’s All-City Classic at Girard College on Friday Night. The event featured three games, with the 2018s playing first, then the 2017s, and finally the 2016s.

2018 Game: Public 100, Non-Public 85
In the most hotly-contested game of the night, it was clear that the players in the youngest group were playing with a collective chip on their shoulders in pursuit of the exposure that many of them have yet to receive. The Public team led from wire-to-wire, with Imhotep guard Bernard Lightsey getting things going early before surviving a late rally from the Non-Public squad. Lightsey, the team’s MVP, ultimately led the way with 18 points, but Non-Public’s Damon Wall, a Doane Academy (N.J.) product and Co-MVP, led all scorers with 21 points even after arriving midway through the first half. Timber Creek (N.J.) wing Maurice Murray chipped in 17 for the victors, while the Academy of the New Church tandem of Matthue Cotton and Marcus Little combined for 25 points in a losing effort.

2017 Game: Non-Public 80, Public 71
Turnovers were the norm in this game as both teams feasted off steals and fast-break opportunities. The Non-Public team managed to sneak past the Public squad despite a barrage of high-flying dunks from Imhotep’s Koby Thomas, who had a game-high 27 points and earned Co-MVP honors. Non-Public MVP Evan-Eric Longino led his team’s balanced scoring attack with 14 points (9 second half), just ahead of Jordan Money (14), David Beatty (12) and Izaiah Brockington (10). Imhotep teammate Daron Russell did his best to give Thomas a serviceable sidekick with 19 points, but the two of them could only do so much.

2016 Game: Non-Public 86, Public 80
The games became less intense as the night went on, and this one in particular left much to be desired, with many of the players going through the motions until the final minutes. Despite a late surge from Life Center (N.J.) big man Nysier Brooks (pictured above), who scored 16 of his 20 points after the break, Roman Catholic small forward Lamar Stevens (18) and company did what they had to do to keep the Public team just a few steps behind. Stevens, a Co-MVP, and the Non-Public squad got solid contributions from shot-happy Nazeer Bostick (17) in addition to Josh Sharkey (12), Zane Martin (11) and Lamar Hamrick (10). Co-MVP Brooks was joined in the scoring effort by Xzavier Malone (14), Devon Goodman (11), Jabri McCall (11) and DeAndre Hunter (10).

Brooks emerging as offensive threat
In the up-and-down, all-star game atmosphere that comes with the annual All City Classic, it can be hard for big men to get involved as the guards often go back and forth dominating the ball.

The night’s first two games featured a total of two true interior players, and while 2018 Marcus Little and 2017 Dhamir Cosby-Roundtree took home Defensive Player of the Game honors in their respective contests, they both struggled to get consistent touches on the other end.

The 2016 game, the All City Classic’s main event, included one more inside force in Life Center Academy’s Nysier Brooks. However, Brooks appeared more adaptable to the face than his fellow big men were, finishing with 20 points and taking home Co-MVP honors, albeit in a losing effort for his Public squad.

Almost all 20 of his points came on thunderous dunks that came as a result of running the floor or scrapping for offensive boards, the little things that have made Brooks one of the most sought after big men in the region.

“I’m always extra aggressive. That’s what I do. That’s my job,” he said after the game. “I just try to make sure I do the extra plays since I don’t get the ball. The extra plays help me get points, and then the points help us win.”

After a year of playing an elite national schedule at Life Center, followed by a first-place finish in the Under Armour Association’s regular season with WeR1, Brooks has seen his recruiting stock explode in recent months. Previously just a local commodity, he now has offers flooding in from high-major programs around the country.

He credits his recent surge with a renewed focus on defense after getting a bit too preoccupied with trying to put up points.

“It took me a while [to get offers] because I tried to something that I really wasn’t good at,” he said. “The stuff that I do well, I just try to do it as best as I can, and schools like that when a player knows what he does and he does it well.

“I just like to play defense. I knew it was kind of hard for me to score around the rim, so I just took pride in defense.”

Now he has his defense and rebounding down pat, he is once again working on adding to his offensive arsenal. However, he’s making sure that this time, it doesn’t affect his play on the other end.

“I’m trying to learn how to get more touches around the rim but still playing defense,” he said. “Still doing my job but just try to get a few points added.”

In the meantime, Brooks will start planning official visits, of which he has not taken any, in advance of making his college decision. Before that, though, he is focused on following up WeR1’s strong performance on the UAA circuit with a championship at the UAA Finals in Atlanta in July.

“Of course,” he said when asked if WeR1 could win it all for the second straight year. “When we play together, nobody can beat us. I can honestly say that our guard play, nobody is matching that, and then our size in the middle, nobody is matching that either. We’re a top program, we go hard at everything, we play as a team. We’re a family.” --Ari Rosenfeld 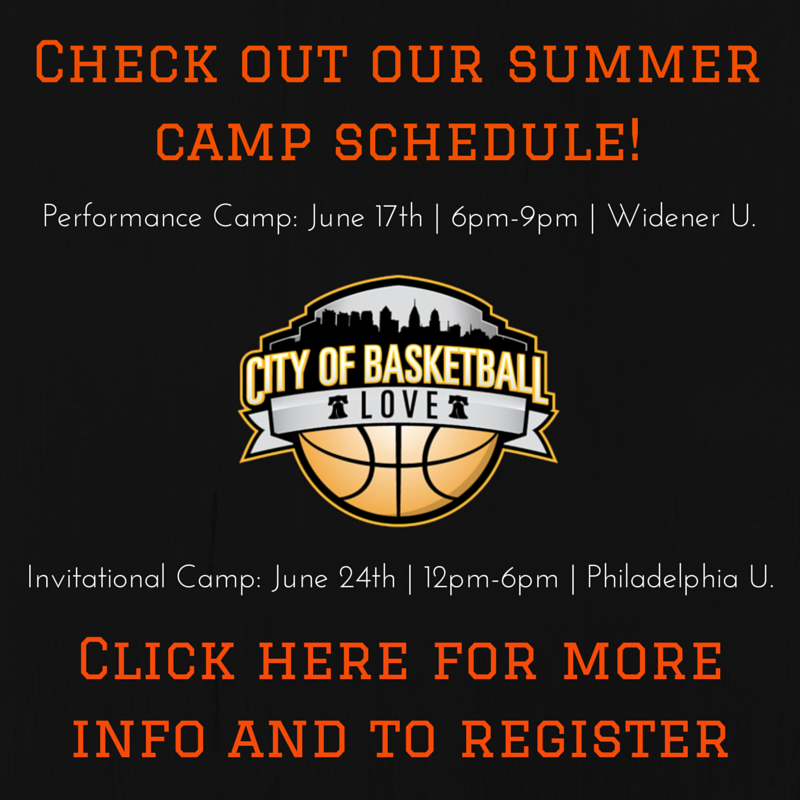