PHILADELPHIA–With the regular season not being enough for just the ninth time in conference history, a one-game playoff between Harvard and Yale, one of the nation’s richest rivalries would decide who was going to the NCAA tournament.

Before the game tipped off both teams had individual trophy presentations to celebrate winning the Ivy League championship. And while both teams are co-champions, only Harvard gets to take home a tournament bid, narrowly escaping with a thrilling 53-51 win at the Palestra.

This marks their fourth consecutive bid and fifth in the last six years.

“We are very proud of winning our league, and obviously we share it with Yale in terms of Ivy League champions,” Harvard coach Tommy Amaker said. “It’s a magnificent conference with amazing history and tradition with incredible institutions. So for us to achieve that for five [four] years in a row, we are very very proud of that at Harvard. It is a measuring stick for us and for our league.”

It was not easy for the Crimson, though, who took what seemed like a commanding 46-37 lead before Yale would storm back with a 13-2 run to take a 49-48 lead into the final two minutes of the game.

In what was truly a back-and-forth game, it was only fitting that the score was tied at 51 with the shot clock off. Crimson senior Wesley Saunders, who torched Yale for 18 second-half points, drove towards the hoop before dishing it out to fellow senior Steve Moundou-Missi, who connected on the game-winning jump shot.

“I trust Steve to knock down that shot more than I would trust myself maybe,” Saunders said. “I knew that they were going to collapse on me when I came into the paint and Steve played off of my penetration and knocked down the shot like I knew he would.”

Saunders led all scorers with 22 points and also tallied four assists. None were bigger, though, than his clutch dish to Moundou-Missi, who would finish with 11 points and nine rebounds.

“What I have always said about Wesley is what I have said about Jeremy Lin,” Amaker said. “It’s not about the points he scores, it’s always about the points that he’s responsible for. And I thought that the way Wesley played this afternoon, he put us on his back and carried him in stretches.”

For Yale, Plainfield (N.J.) product Justin Sears recorded 13 points on 5-7 shooting from the field and Javier Duren added 12 points of his own, two less than he would have hoped for as his game-tying layup rimmed out as the clock expired.

“I thought it was in, the ball took a crazy bounce and in a situation like that it is hard to get a better look,” Duren said. “It looked like it was gonna fall, by the time it came out of the rim, I was behind the backboard and Harvard was rushing the floor and it took me a while to kind-of realize what had happened because when I let it go it had looked so good but it didn’t fall.”

Harvard started the game with an 8-0 run and kept Yale off the board for the first five minutes of the game before senior Matt Townsend connected to spark a 14-3 run for the Bulldogs. Yale would go on to take a 27-23 lead to the half.

In what was certainly a game of impressive runs, Harvard trailed Yale 32-27 before the Crimson would take-over the game with a 13-0 run. Harvard controlled the momentum for a majority of the second half until Yale fought their way back to set up for the theatrics that took place in the final minutes of the game.

A win today would have earned Yale its first NCAA tournament bid since 1962, instead their 54-year NCAA tournament drought will almost positively continue. The Bulldogs season is most likely not over yet as they are in the running for a NIT bid.

For Harvard, they have advanced to the second round of the NCAA tournament in each of the last two years. Amaker and Harvard do not feel the pressure to advance further in the tournament this year though.

“To represent the Ivy League in the NCAA tournament is very meaningful to us,” Amaker said. “We are very hopeful to have any kind-of success as we move forward in the national tournament, but we all know how hard that is with seeding and placement and match ups and everything else. We have been fortunate to have some success in the past in that regard, but we don’t take lightly the fact of winning our league.”

Harvard, as well as every other team will find out their postseason fate on Sunday night when the brackets are revealed. For now though, they can relax knowing at least which tournament they will be competing in. 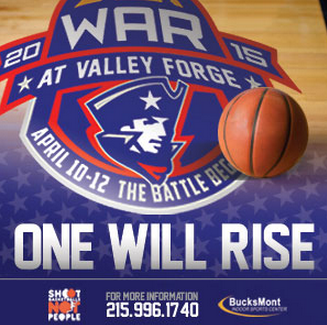